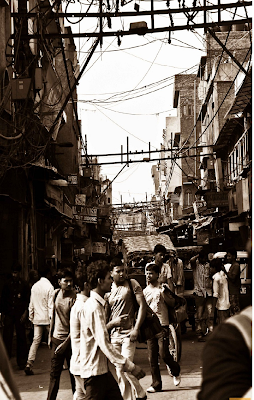 Endless lanes,
With twisting curves,
Holding secrets,
A mysterious world,
The smell of spices,
Myriad of colours,
A historian’s treasure,
A woman’s delight,
Numerous names,
For this heaven on Earth…

Try as I might… I just cannot encapsulate the soul, the essence and the spirit of Chandni Chowk in a few words. This area, also known as Delhi-6, is the real heart of Delhi… or rather ‘Dilli’ as the people here like to call it. It is almost like a city within a city… a parallel world.

Built by the Mughal emperor Shan Jehan in the 17th century and designed by his daughter Jahan Ara, Chandni Chowk continues to be the trade hub of India. Merchants from all over the country flock to this busy center of trade.

Yet, in spite of the influx of such a heterogeneous group of buyers, sellers and tourists, Chandni Chowk is untouched by the luxuries offered by the shopping malls, the sophistication of modern stores. Remove the traffic and you will find a Delhi still unaffected by our new ways of living. The real dilliwalla still sweats it out from morning till evening to earn two square meals. The shops still have hand-painted banners and touts to attract customers. The owners still sit on gaddis. The goods they sell may have changed to suit our needs, but the work culture remains the same.

A man’s worth is measured by his work, not by religion. We have the Gauri Shankar temple, the Jama masjid, the famous Gurudwara and a Church here… all in close proximity to each other. This just goes on to show why people of every faith claim Dilli to be their own. It presents a cultural mix witnessed nowhere else. True, this mix might turn explosive if mishandled… but it generally presents a picture of communal harmony where a Hindu and a Muslim can be best friends. 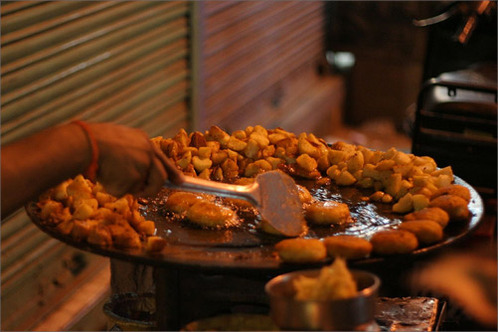 On the surface, it appears to be just another market with exceptionally old shops but once you wander deeper into the kuchas and katras, you find yourself in a whole new world. Every kucha invariably has a chaatwala who dishes out some of the most exquisite delights. Long queues with people squabbling to get their kachoris and gol gappas first is a common sight.

The shops are smaller, their warehouses larger. Khari Baoli specializes in spices. You can smell the cardamom, the cloves, turmeric and chillies long before you see them. The waist high stacks of spices look beautiful, like colours of Holi. The cashew nuts look so appealing. But I often end up sneezing my brains out. 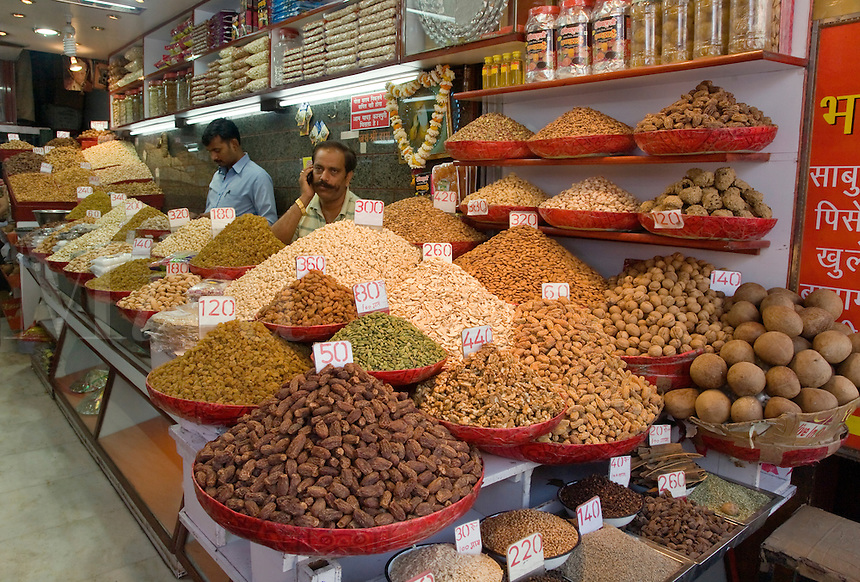 The sadar market has huge shops dedicated to cosmetics and personal care items of all kinds. Nai Sarak with its endless piles of books is every student’s haven. We have shops exclusively selling rangoli colors, calendars, surgical equipment, medicines, spectacle frames, shoes, candles… the list is endless. Every lane you turn into will open up its secrets for you, just like a blooming flower. You just need to know where to look. I have been roaming the streets of this City of Poets for a decade, initially with my mother and now on my own, but I cannot claim to know everything about it. Every time I do manage to find a lane with a pleasant surprise waiting for me at the end.

The people are friendly, often greeting you with a warm Namaste. They work with a silent efficiency. The whole atmosphere suggests two contrary states of being. One that is relaxed… the other bursting with energy. On my trips to Chandni Chowk I am often left confused by these conflicting emotions.

There is a strange contentment in the hearts of people here. True, they have open sewers. The roads are crammed. They often work in dingy and squalid quarters. The workers might not earn enough. But there is an under-current of satisfaction, something bordering on joy, not only for the lalas doing brisk business but also for his workers. I might be terribly wrong here but that is what I felt when I interacted with them. They made me understand that Old Delhi is not just made up of heritage buildings. It thrives and pulsates with life because of the people here.

There is so much to Old Delhi that it cannot be squeezed into one article. I simply cannot decide about what to include and what to leave out. Each area has a different story to tell… it has been witness to a different history, good or bad. It has seen it all… from the princesses coming down to shop in curtained palanquins to the people today, driving down in their expensive cars. It has weathered many tides of time… stood unshaken when everything around it crumbled… yet the spirit of Chandni Chowk remains unchanged.